Home
Lawn Care
How Big Is 3 Acres Or 5 Acres Of Land? (Visually) 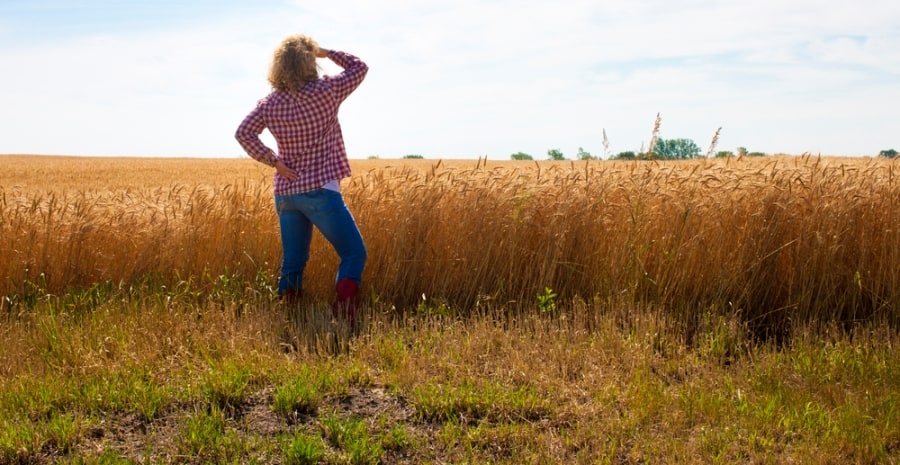 How big is 3 acres or 5 acres of land visually? If you’d like to buy a piece of property with some space on it but you don’t want anything too big, finding a lot with 3 to 5 acres on it will likely be just perfect.

But since lots can be different dimensions depending on where they are located, you might want to first visualize how much land that really is.

One of the best ways to visualize the size of a piece of property is to compare it to other fixtures so you can see how the two are alike.

Fortunately, it is easier to do this than you think, in part because there are always going to be familiar fixtures that most people can relate to, and once you compare the size of those things to your lot, you can more easily picture how big that lot is.

How Big Is 3 Acres of Land?

Simply put, 3 acres of land can be described in the following ways:

You’ll often hear units of land described in terms of furlongs, which equal 660 feet each, and the units that make up furlongs, called chains, which are 66 feet in size. One acre is equal to one furlong by one chain, or 660 feet by 66 feet.

Therefore, 3 acres is 1,980 furlongs by 198 chains. There are 10 chains in each furlong. Also keep in mind that residential lots are measured a little differently than commercial lots.

How Big Is 5 Acres of Land?

Many people consider 5 acres of land to be the perfect size lot – not too big and not too small. But how big is it really? Let’s take a look at some measurements and how they compare to a 5-acre piece of land. Five acres is equal to:

Five acres is 217,800 square feet and is 3,300 furlongs by 330 chains. Five acres is certainly more than enough land to give yourself some privacy and seclusion, especially if you build a home smack dab in the middle of your lot.

While it may take you a while to mow the lawn every week, you’ll appreciate the peace and quiet once the work is done.

Finally, if you’re curious about how long of a walk it would be to cover a 5-acre plot of land, consider this: the average person can walk 3 to 4 miles per hour, covering around 4 feet per second.

It takes the average person 35 seconds, therefore, to cover 1 acre of land, which means it takes roughly 175 seconds to cover 5 acres, and 175 seconds is approximately 3 minutes.

How Much Is Land Worth?

There’s little doubt that buying a piece of land and keeping it for a while is a lucrative investment in most cases, but how much money do you need to spend to buy a good-sized lot?

As you can imagine, the prices vary greatly depending on the city and state, and even where the lot is specifically located in that city and state.

That’s quite a difference, but you have to remember that undeveloped land will cost less than land that has already been developed, and land that is located near cities and landmarks is always going to cost more than land in the same cities but which is further out in more rural areas.

For instance, in the State of California, the average price for an acre of land is $39,000, but in 2017 a piece of land that was nearly 1.5 acres in size sold for a whopping $6.9 million in the Silicon Valley area of the state.

By contrast, the average price per acre in New Mexico is roughly $530, and in Marquette, Kansas, the government was giving away free acres to anyone who would agree to stay on the land at least a year and build a house on the lot before that year was up.

One thing is certain – a 3- to 5-acre lot of land is the perfect size for most people, and there is also a lot you can do with it. Depending on the zoning laws, it’s likely you can farm the land or even use it to open up some type of business.

But first you should check to see if you need any type of permit or if there are certain businesses that are restricted. Once you check on that, you’re one step closer to doing something productive with your land.

Having a 3- or 5-acre lot is perfect when you want some space but you’re not interested in the upkeep involved in a huge piece of land.

With up to 5 acres, you don’t have to worry about spending all day long mowing and trimming the lawn, but you’ll have enough land to provide you with some privacy that you’ll cherish.

It’s also easy to visualize how big these lots are if you compare them to other homes and structures. It can give you some idea of the size of your lot so that in the end, you can make plans on what you’d like to do with it.